It is a true fascination to visit the National Park Los Haitises, considered one of the main ecological attractions of the Dominican Republic, what characterizes this particular place of the other parks of the island are its mogotes, which manage to achieve 40 meters of height, and cover the entire surface of the park (1,600 km²). Los Haitises, whose name means “mountainous land” in Taino, is a park that also nourishes one of the extensive mangrove forests. It should also be noted that Los Haitises constitute a karst, which is known as a relief of limestone rocks, tropical, mogotes, typical of these climatic zones. Thanks to all these characteristics, the park assumed the category of Protected Area, by the International Union for the Conservation of Nature (IUCN).

The flora of Los Haitises is characterized by conserving forest remnants representative of species such as cedar, ceiba, mahogany, copey … Also, many varieties of orchids abound. The forest of the Park is humid subtropical, with paths available to walk and discover all the wonders that this place can have, like a great labyrinth of mangroves, in fact, this park contains the largest sample of the Caribbean mangrove, in which predominates the Red and white mangrove, refuge of numerous species of fish.

Thanks to the variety of its environments, the fauna of Los Haitises is the largest representation of national biodiversity, compared to other protected natural areas in the Dominican Republic. It contains a large number of bird species, as well as the pelican or gannet, the earwig … This is thanks to the fact that it is a coastal marine park. You can also find bird shelters such as the parrot, the owl, the little owl and the sparrowhawk of Hispaniola, the latter is an endemic bird that together with the Antillean manatee are the most endangered species in the Dominican Republic.

In addition to impressive views such as the Bay of San Lorenzo, the different keys and the populations of mangroves … Los Haitises also contain a system of multiple caverns created by the erosion of water. In these caves you can find pictographic samples created by the first inhabitants of the island, the Tainos. Another interesting fact … is that, thanks to its mystical aspect of tropical forest, in this paradise were filmed important scenes of the movie Jurassic Park, and not least, because when you visit the place, gives the emotion of transporting to the period of the dinosaurs.

About the Author: Enzo 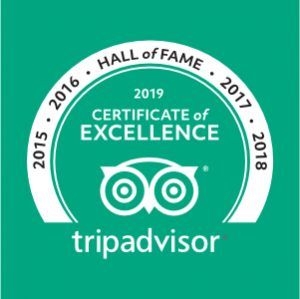